The work of the famous Hungarian street artist TakerOne, who chose Slavutych to create a photorealistic painting. The artist independently chose the location and started the work, which he did in two days. Thus, Fox Semen “settled” in the city. The Fox became famous due to his residence in the territory of Pripyat in the […]

The composition “Dream” was performed by students of the St. Petersburg (Leningrad) Academy of Arts. It was to be located on the territory of the Nevsky (Leningrad) quarter. But for some reason it was installed only in 2006. Unfortunately, during the transportation and installation of the sculpture, a panpipe was lost, which should have been […]

Memorial sign “To the participants of the Battle for the Dnieper” 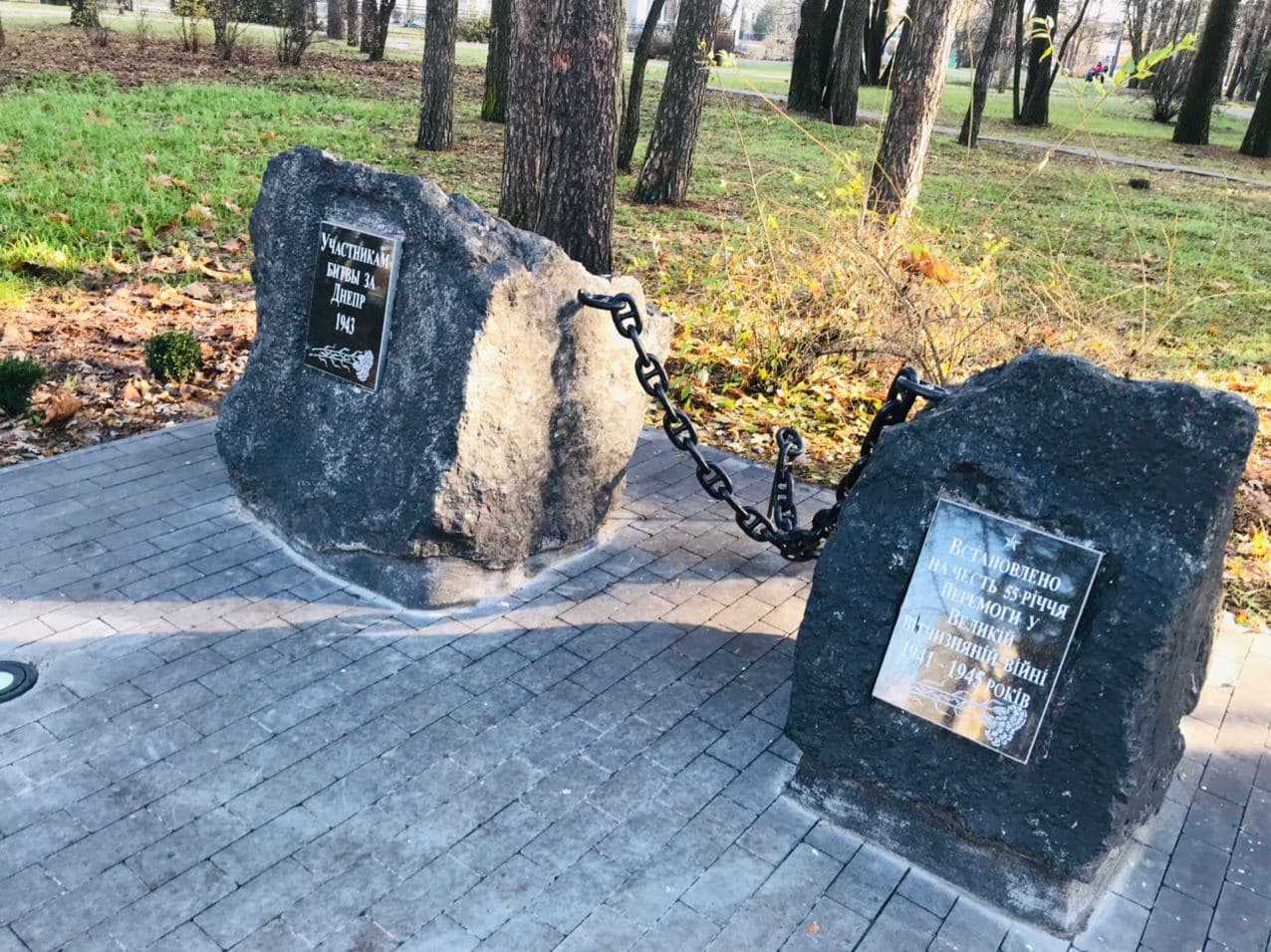 During the Second World War, our city did not exist, but fierce battles were fought in these areas, so in 1993, in Slavutych, a memorial sign “Heroes of the Battle of the Dnieper” was installed at the request of the head of the patriotic club “Red Carnation” K. Titova. . She started her work in […] 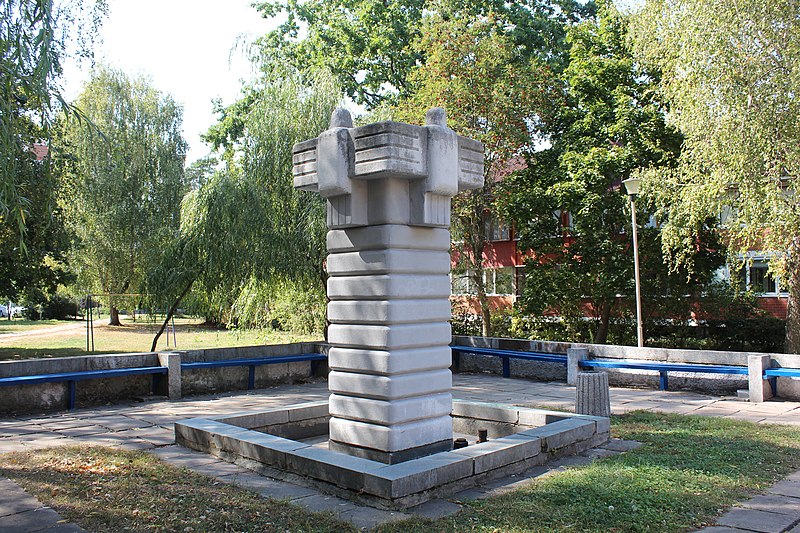 The location of the sculpture-fountain in the Riga quarter corresponds to the concept of decoration of the city, there is a small area with benches nearby. It was installed in 1989, when the quarter was just being commissioned. The work was made by the Maxla plant of the Latvian Art Foundation, the author is the […] 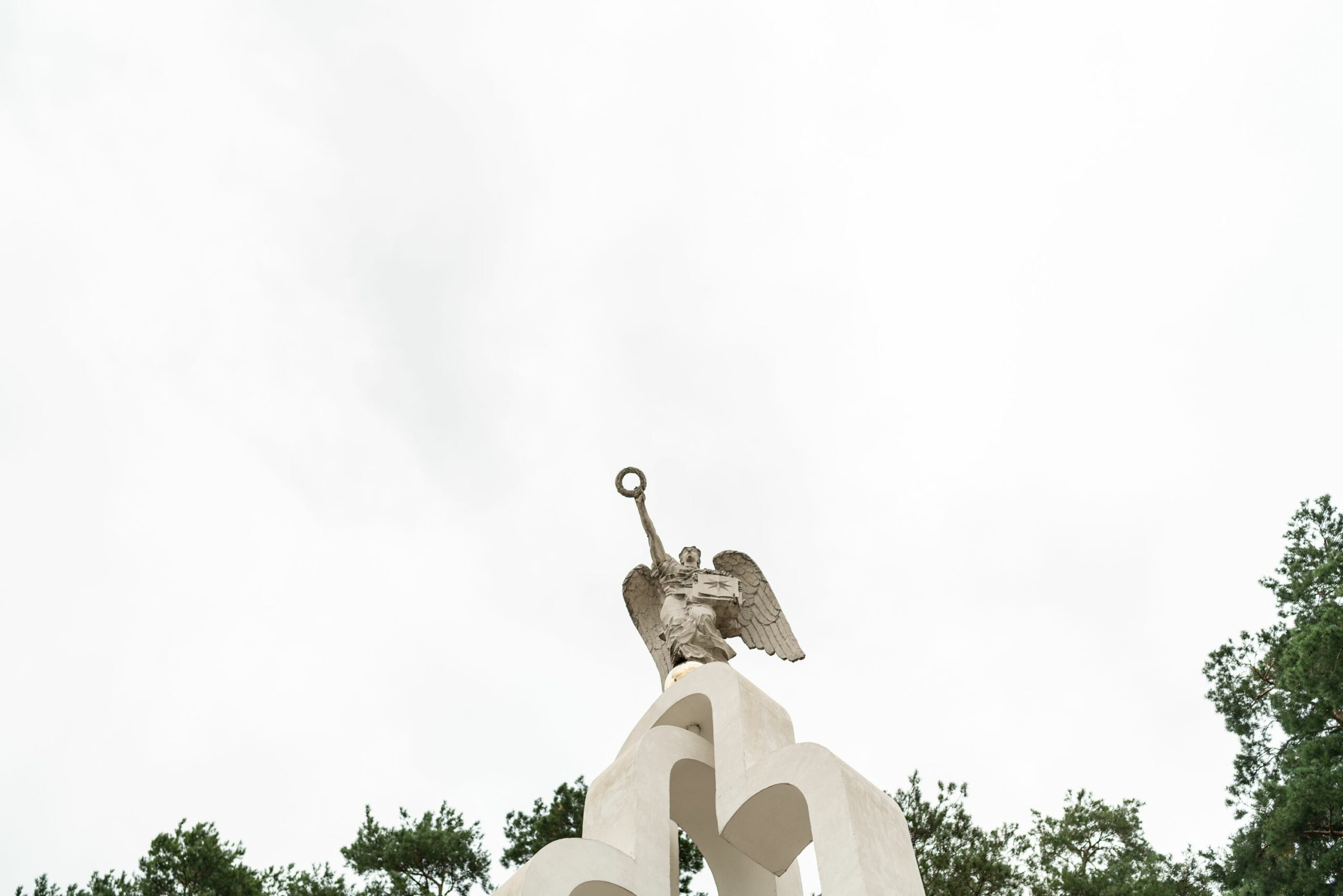 The monumental and architectural complex “White Angel” made of artificial marble is a business card of the city. It was built not so long ago – in 2012, and the opening took place as part of the celebration of City Day and its 25th anniversary. The monument symbolizes the revival after the Chernobyl disaster. The […]

Grateful Slavutych residents, after the construction of the city was completed, installed a stone entrance stele “Union Republics” with carved names of capitals: Kyiv, Baku, Vilnius, Yerevan, Moscow, Tbilisi, Riga and Tallinn. The stele is dedicated to the friendship of the peoples who took part in the creation of the city, located at the end […] 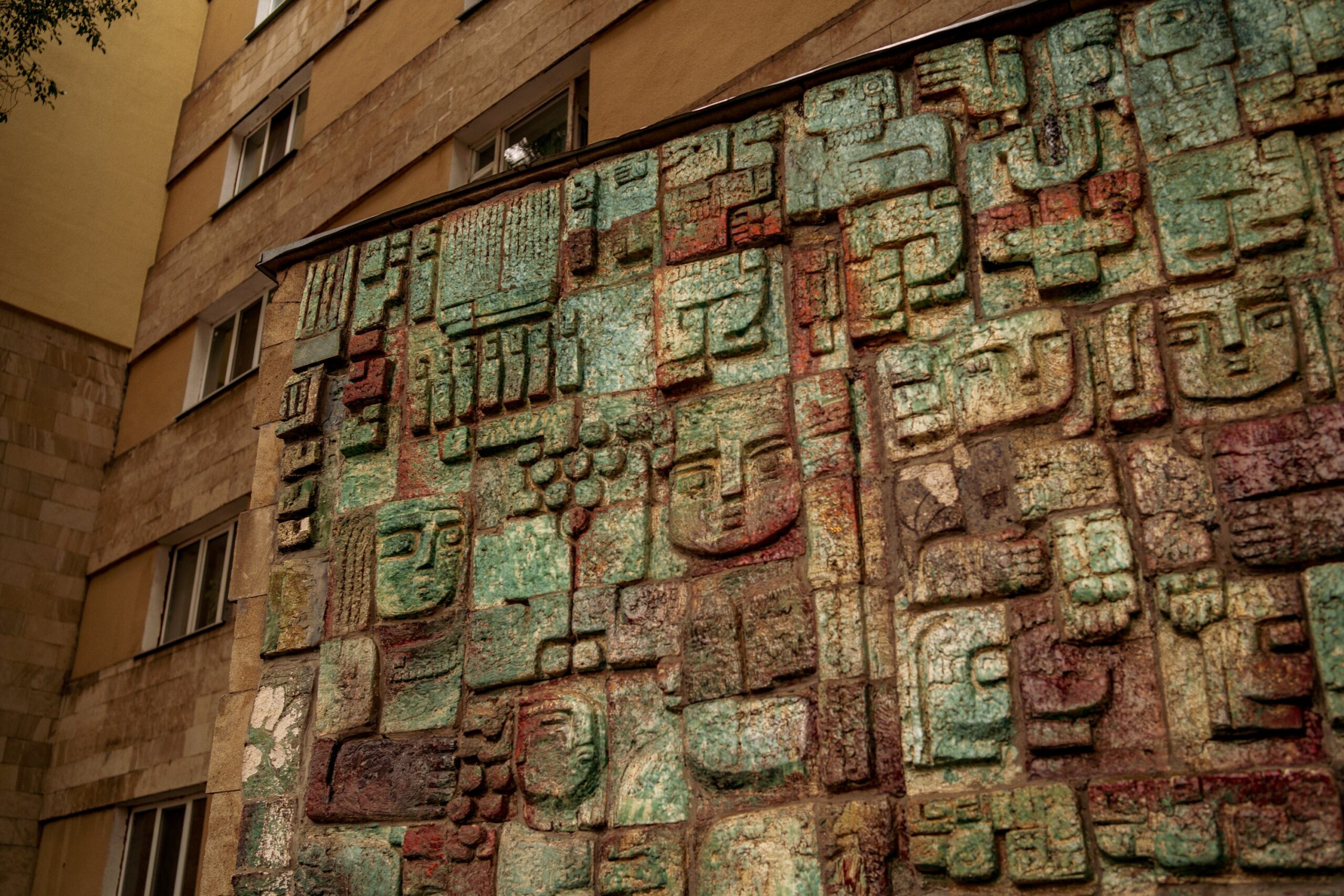 Large-scale decorative-structured panel “Azerbaijan” decorates the entrance group of a residential building for small families, made of travertine. The panel itself is made of fireclay and covered with green-blue glaze, which depicts many stylized human figures and faces. The authors of the project are Azerbaijani artists M. Kafarov and Z. Huseynov.

Entrance gate of Yerevan quarter – memorial “TO BUILDERS OF THE QUARTER” 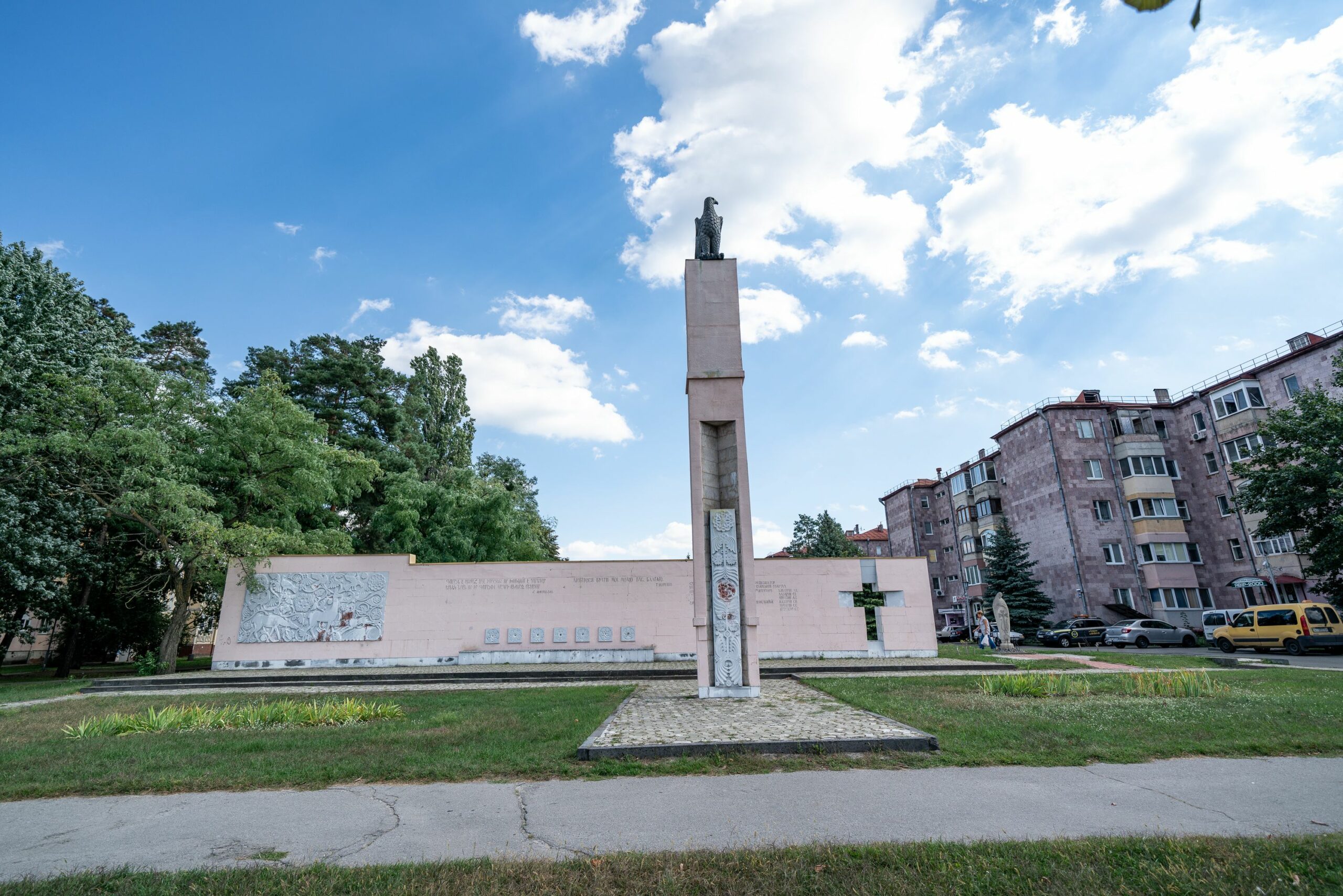 According to the plan of the designers, each republic was to create an authentic entrance gate to its quarter.  Armenia is the only one that completed all the planned works in Slavutych and coped with this task. The authors of the project are sculptor Arsham Shaginyan and architect Stefan Lazaryan. The gate looks like a […]

In memory of the heroes of Chernobyl in 1988 – on the occasion of the first day of the city – a stone sign was installed with the inscription “Low bow and eternal memory.” Later, a memorial sign was unveiled, at the foot of which flowers are constantly laid. The authors of the project were […] 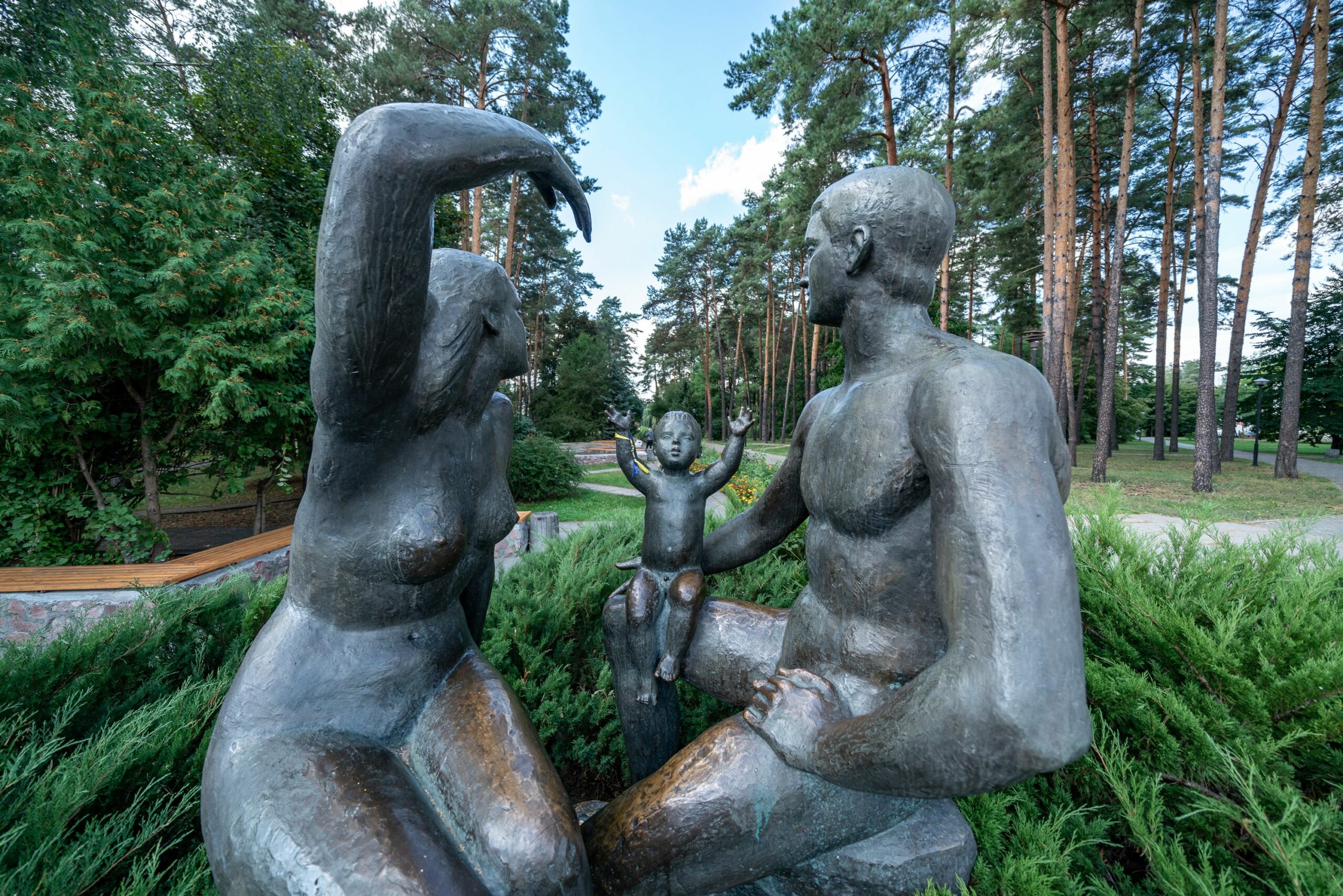 The symbol of Slavutych’s family coziness is the sculptural composition “Family”. The author of the monument is Mykola Balsky, a graduate student of the St. Petersburg (then Leningrad) Academy of Arts. According to the concept of the city, the sculpture was to be located on the territory of the Nevsky (Leningrad) quarter near the kindergarten. […]

Your feedback or message